See your favorite stars to support a great cause! 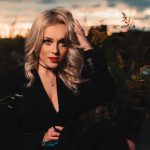 20 year old alternative pop singer, Cami Clune, grew up constantly surrounded by music. Her performing journey began very early on in her life with dance and by age 11, she had completely fallen in love with musical theatre. During her senior year of high school, Cami was diagnosed with Ehlers Danlos Syndrome, a disorder that affects connective tissue and causes chronic pain. While taking a break from musical theatre and focusing on her health, Cami began to fall deeper in love with all different genres of music outside of Broadway, such as rock and experimental electronic music. Since age 17, she has been perfecting her music style and taking any opportunities that come her way – one being becoming a Semi-Finalist of Season 19 of NBC’s The Voice. Cami is currently delving deep into songwriting and can’t wait to release her own original art very soon. Photo credit to Aaron Bobeck 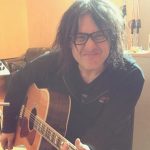 Iconic Rock band, the Goo Goo Dolls will return for the third year in a row, virtually. Robby Takac will join the program LIVE Saturday night, and recorded on Sunday. Both, Johnny Rzeznik and Robby Takac are true Buffalo Boys who grew up watching the Variety Kids Telethon! Their dedication and support to the Buffalo music scene speaks for itself. Their song “Better Days” will serve as an anthem for what we hope 2021 to be, along with a concert performance of their song, “Fearless!”

Shawn McQuiller from Kool & The Gang 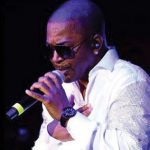 Hailing from Lackawanna, New York, Shawn McQuiller has been on vocals and playing guitar for 28 years as a member of Kool & The Gang. Thanks to iconic songs like Celebration, Cherish, Jungle Boogie, Summer Madness, and Open Sesame, the band has earned two Grammy Awards, seven American Music Awards, 25 Top Ten R&B hits, nine Top Ten Pop hits, and 31 gold and platinum albums. Formed in 1964, Kool & The Gang continues to tour the world, appearing with artists including Kid Rock, Dave Matthews Band, Elton John, and The Roots. Recently, they joined Van Halen for a 50-city tour with rock legends Van Halen.

Shawn McQuiller is a member of the Buffalo Music Hall of Fame Class of 2012. 2021 will mark Shawn’s third appearance on the Variety Kids Telethon, which is worth celebrating! 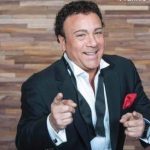 A Variety Kids Telethon staple, Frankie Scinta performed as part of his family group, Buffalo’s first family of music, The Scintas, for over decades. The Scintas brought a unique blend of music, impressions, and comedy together for an unforgettable performance that captivated audiences across the United States—a tradition Frankie has continued. Having headlined shows in Las Vegas for over decades – Frankie is a true entertainer who has dazzled audiences in lounges, theaters, and showrooms across Las Vegas. 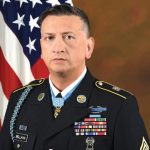 David Bellavia is a former United States Army soldier who was awarded the Medal of Honor for his actions during the Second Battle of Fallujah. Bellavia has also received the Bronze Star Medal, two Army Commendation Medals, two Army Achievement Medals and the New York State Conspicuous Service Cross. In 2005, Bellavia was inducted into the New York Veterans’ Hall of Fame. He has subsequently been involved with politics in Western New York State. On June 25, 2019 he was awarded the Medal of Honor, making him the sole living Medal of Honor recipient from the Iraq War. Mr. Bellavia is also a popular radio host on WBEN. He will be joining the 2021 Variety Kids Telethon for a special salute to Veterans on Sunday afternoon.