With the help of this amazing community $787,264 was raised.

Evan Liddick is the 2021 Celebrity Child.  Read all about Evan’s story here: https://bit.ly/3r7WR1W

Despite complications brought on by Covid, and changes to the world as we know it, the mission of the Variety Club of Buffalo remains vital to thousands of families and children in Western New York.  With Erie County Health Department approved protocols put in place, the 59th Annual Variety Kids Telethon was produced and presented from both the studios of WGRZ Channel 2, and the Variety Club Headquarters, 6114 Broadway in Lancaster, New York from 6pm – 10pm on Saturday February 27th.  The presentation was  streamed LIVE at www.wgrz.com.

The Sunday telecast originated completely from the Variety location from 10am – 8pm LIVE on WBBZ-TV, Your Hometown MeTV Station, Channel 67.1 on-air; Cable 5; FiOS 5; Dish 5; DirecTV67. The Sunday presentation was streamed LIVE on the Variety Club of Buffalo Facebook page.

Now in the 59th year, the Variety Kids Telethon has endured because of the support from tens of thousands of Western New Yorkers who tune in and pledge their support each year, along with corporate partners who participate in our “Corporate Match.” Telethon proceeds benefit dozens of local children’s nonprofits right here in Western New York in addition to the Variety Tent #7/Robert Warner MD Rehabilitation Center at the John R. Oishei Children’s Hospital. Our Variety Kids Telethon holds the distinction of being the longest running locally produced Telethon in the country.

Here is a little history about the Telethon:

The Variety Kids Telethon, now in its 59th year, is the nation’s longest-running, locally-produced telethons – and its home is right here in WNY! It all started back in 1962, when Dr. Robert Warner asked Variety to help him fulfill his dream of a rehabilitation center for children with special needs. The first Annual Variety Kids Telethon raised over $80,000, and the Robert Warner Rehabilitation Center for Children with Special Needs became a reality at Women and Children’s Hospital of Buffalo.

Since then, the Telethon has been a WNY treasure, all thanks to the tens of thousands of Western New Yorkers who tune in and pledge their support every year. The Telethon funds dozens of local children’s nonprofits, in addition to the Hospital, and every penny stays right here in WNY. It’s because of this we say “Variety is WNY.” We couldn’t do it without you. Thank you, WNY! 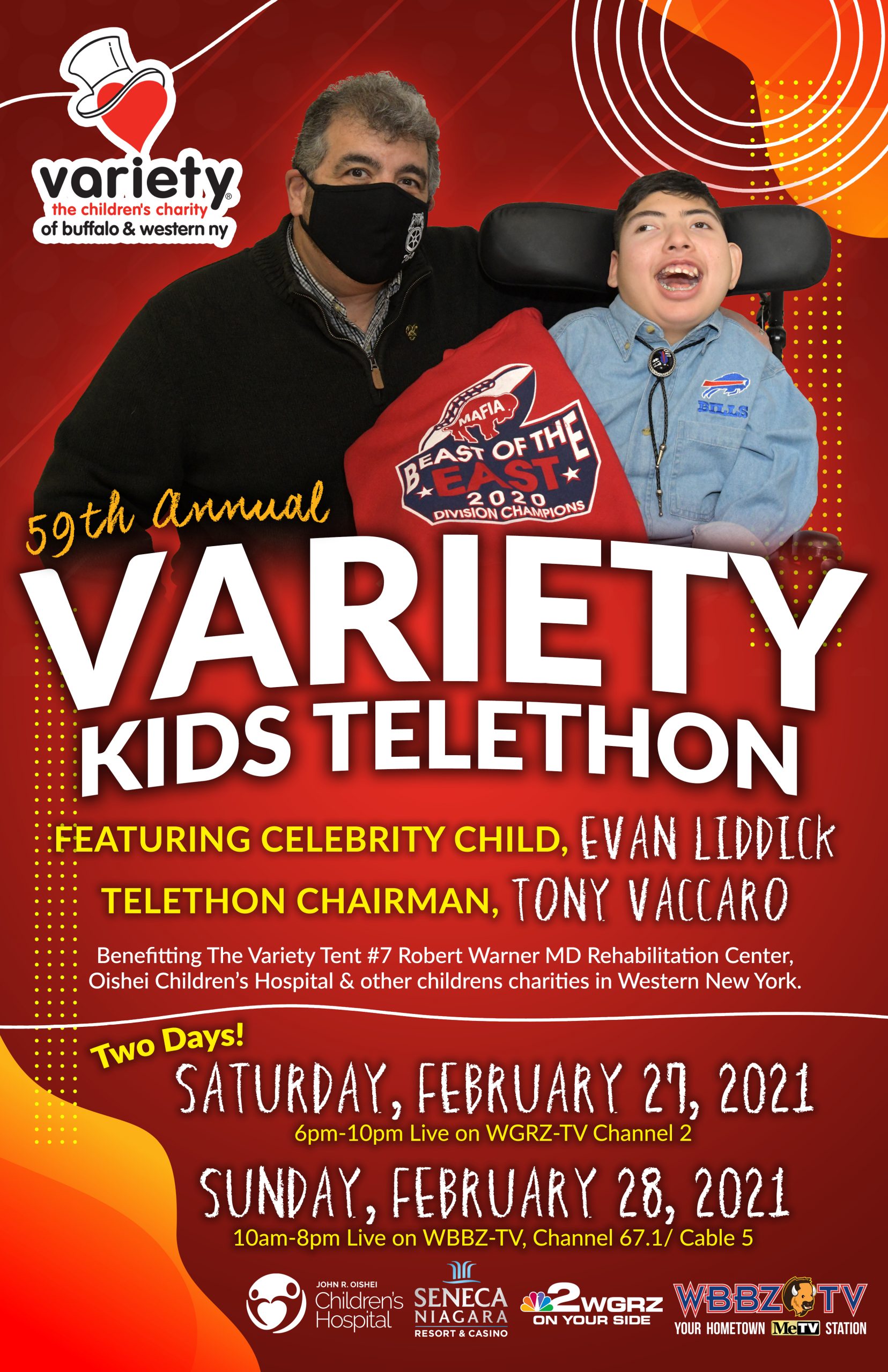 Every Dollar Donated Stays in WNY Give